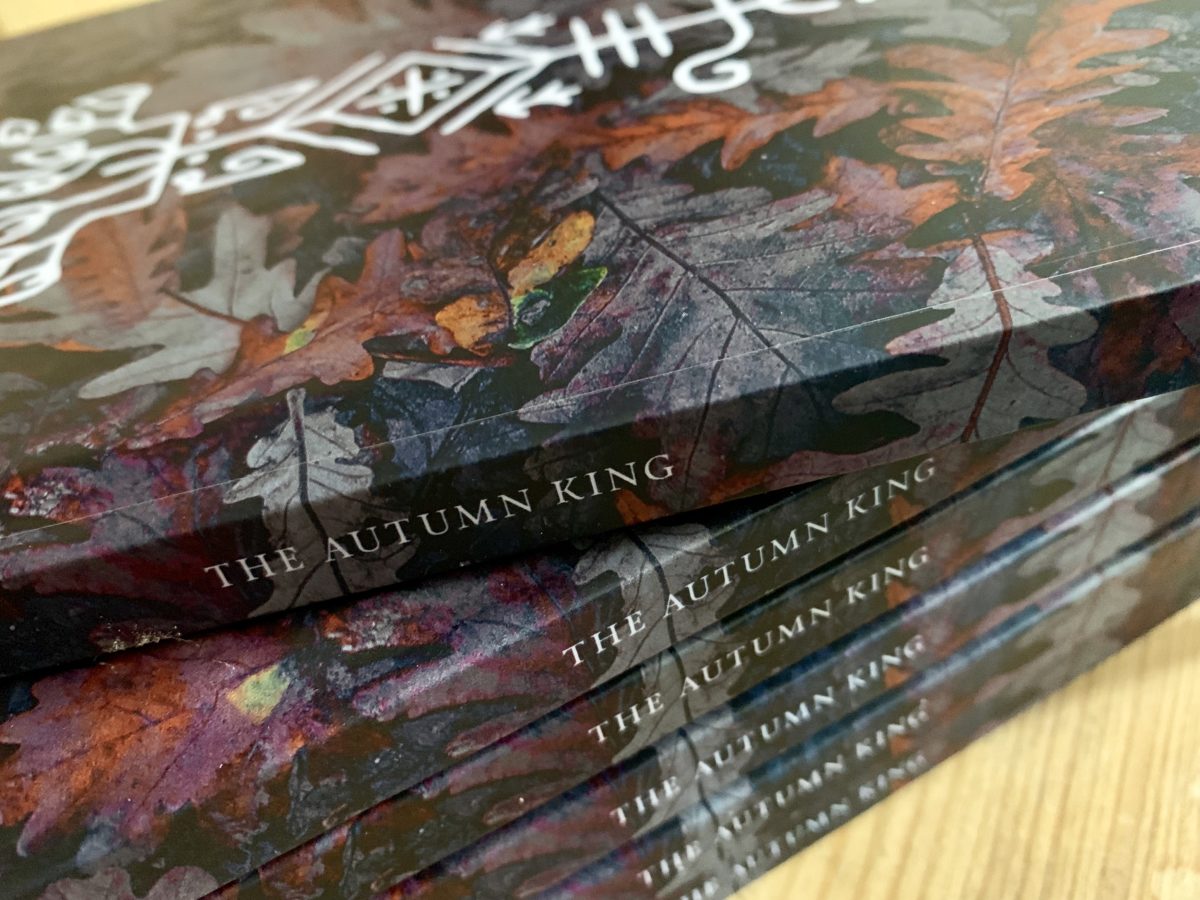 Markku Klæðskeri’s important work ‘The Autumn King: Ivar the Boneless, Edmund of East Anglia and the cult of Yngvi-freyr’ will shortly be published by Nemglan Press. We interviewed the author about some of the book’s major topics.

Why did you choose to write about Ivar the Boneless and St Edmund?

Primarily because there’s a mystery to be solved. In fact, there’s more than one. The main question I wanted to answer was: why did Ivar kill King Edmund in the manner he did? Although many books and papers have been written about Edmund, there’s never been a satisfactory answer to the ‘why’ of his killing, although most scholars accept it was some form of ritual slaughter. Once I started investigating the character of Ivar, a reason became clear.

Also, St Edmund has become an important figure for English heathens as an alternative patron saint to St George. And Ivar is obviously now much better-known thanks to the Vikings TV show. So it’s a good time to look again at their stories.

Yes, in fact it’s one of the central topics of the book. In popular culture he’s depicted as a cripple. I think this is wrong, and there any many clues in the primary texts – and potentially the archaeology – to suggest a viable alternative. For me, the reason for his ‘bonelessness’ is tied up with his motives for killing Edmund in the way he did – the two are explicitly linked.

Yes and again, this is related to Ivar inasmuch as the motives for Edmund’s slaughter and his subsequent veneration by the Danes, in my opinion, only make sense when the heathen Viking worldview is understood. Scholars have proposed that the Danes paid lip-service to Edmund’s cult in order to give themselves an easy life, a sort of appeasement strategy to mollify their Anglo-Saxon subjects. But I think what actually happened is they saw in Edmund’s death and subsequent miracles parallels with their own myths of kingship and of Scandinavian heroes who remained alive-in-death.

How does the fact that St Edmund was England’s first patron saint fit in?

That almost certainly was a political act – by King Alfred, perhaps to give the beleaguered Anglo-Saxons some kind of figurehead. Remember, this period – the late 9th century – was one of massive upheaval in England. The land became divided in two, with the Danelaw occupying East Anglia and northern England. The Danelaw was almost a separate country, occupied by both Anglo-Saxons and incoming Danish settlers. It would’ve been pretty turbulent, especially for the English.

On the topic of an English national ‘protector’ there are some very interesting parallels between Ivar and Edmund, which I don’t think are well-known.

What can you tell us about the Danelaw? How was it different from the Anglo-Saxon ‘other half’ of England?

For me, the biggest difference was religious. People assume that, as soon as Guthrum converted, all other Danes followed suit. That’s not the case. The Viking raids by Ivar’s Great Heathen Army comprehensively crushed the Christian church – not because they were necessarily anti-Christian but because abbeys and monasteries were easy pickings in terms of booty. No doubt Christians were able to continue their worship, but only in a fragmented, grassroots way. In East Anglia, after Edmund’s death, there was a period of at least fifty years – almost two generations – when Viking settlers were free to practice their native heathenry. It’s interesting to think that all the things we find fascinating about Scandinavian heathen traditions – the gods, blóts, runelaw, seiðr, trolldómr – were probably present in the Danelaw, at least until Christian conversion kicked in proper.

You mention seiðr. This plays an unexpectedly large role in the book. Why?

I don’t want to give too much away, but the seiðr connection relates explicitly to Ivar’s ‘bonelessness’ and ultimately feeds into the reason why Edmund was slaughtered in the manner described in his hagiography. Seiðr became such a rich vein of research that I ended up writing a separate booklet – a kind of supporting text to the main book. It will definitely be of interest to any practicing heathen or ‘seeker’.

And lastly, the book’s title refers to the cult of Yngvi-freyr. How does this fit in with Edmund and Ivar?

Again, I don’t want to tell too much! But Ivar was known to the English as Hinguar, which translates as ‘warrior of Freyr’. Yngvi-freyr is god of sacral kingship and blood-sacrifices, amongst other things. He is also brother to Freyja, with whom seiðr originates. For me, Skírnismál, which describes a sacred marriage and initiation between Yngvi-freyr and the jötunn Gerðr, is pivotal in understanding the relationships between Yngvi-freyr, seiðr and ultimately Ivar and Edmund. Hopefully that provides enough of a hint!